HOW WILL FUTURE ENERGY SUPPLY BE DESIGNED?

On 10 November 2021, the closing event and award ceremony for the winners of the seventh ideas competition “Forum Junge Spitzenforscher” of the Stiftung Industrieforschung in cooperation with Humboldt-Innovation took place as virtual event.

The following research projects were awarded: 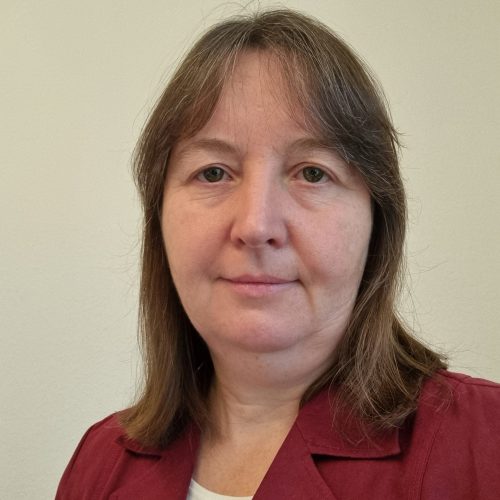 Since 2012, Caren Tischendorf has been Professor of Applied Mathematics at Humboldt-Universität zu Berlin and is currently Vice Dean for Research at the Faculty of Mathematics and Natural Sciences. The focus of her research is in the area of modeling, simulation, and optimization of dynamic processes on networks, primarily in the application fields of electronics and energy networks. Her research activity is characterized by many years of research activities at the HU Berlin, the University of Lund (Sweden), the TU Berlin and the University of Cologne as well as by research stays of several months at the IBM Research Center in Heidelberg and the Center for Research and Development of SIEMENS AG in Munich. 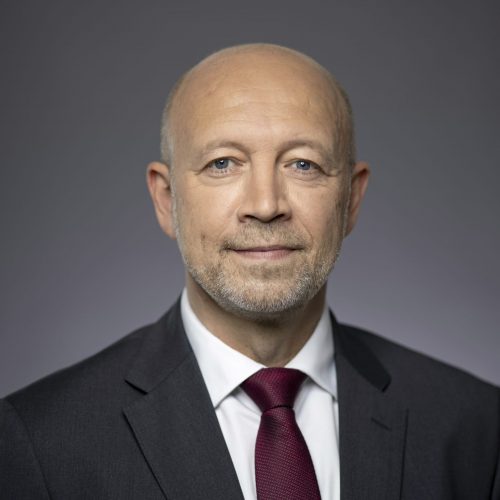 Andreas Kuhlmann has been Chairman of dena’s Executive Board since July 2015. In this role, he has sharpened dena’s profile as a driver and pioneer of energy transition and climate protection. Exemplary projects in this regard include the international innovation initiative “Start Up Energy Transition”, which now brings together around 1,500 startups from all over the world, as well as the flagship study Integrated Energy Transition, in which dena has developed strategies for the future and for achieving climate targets together with over 60 partners from business and science. Andreas Kuhlmann studied physics with a minor in economics at the universities of Bonn, Heidelberg and Corvallis (USA). He began his professional career in 1995 at the Institute for Environmental Physics at the Ruprecht Karls University in Heidelberg. This was followed by various positions in the political arena, including the European Parliament, the SPD, the Bundestag, the Federal Ministry of Labor and Social Affairs, and the German Embassy in Stockholm. 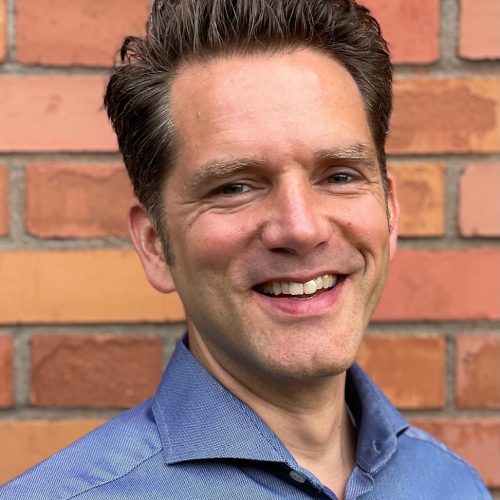 After studying European Construction Management at the University of Applied Sciences Oldenburg and European Civil Engineering Management at Högskolan i Halmstad, Sweden, Hasso Grünjes joined Siemens in 2001 in the Transportation Systems Division, where he worked on international rail infrastructure projects in the following years. From 2008, he was responsible for sales of railroad electrification systems in Scandinavia, Finland and the Baltic States. In 2011, he moved to the Innovative Mobility Solutions division and completed a part-time degree at the law faculty of the European University Viadrina, Frankfurt (Oder). Since 2016, he has been responsible for the eHighway System at Siemens, a solution for the electrification of road freight transport. 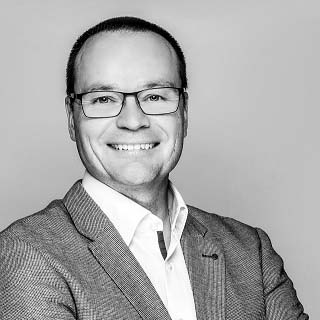 Markus Köster is responsible for Innovation to Business at EDF and as such leads the innovation activities of the European division. As founder and former CEO of BadenCampus, he has more than 10 years of experience, especially in the areas of incubation, acceleration and funding of innovation and start-ups. As a child of the energy industry, Mr. Köster is concerned with the current technical and structural challenges of the energy transition. It is his conviction that a nationwide climate-neutral energy supply in the future cannot succeed without research and innovation. 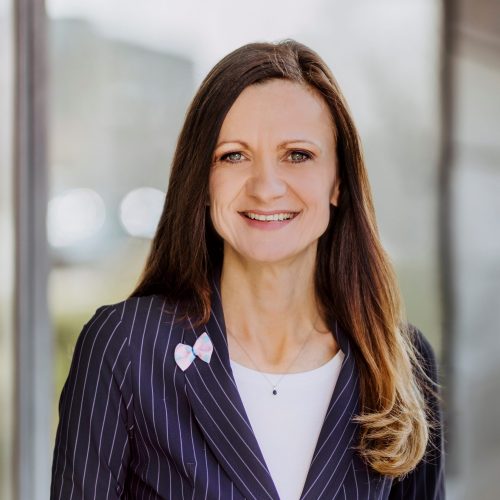 Claudia Rathfux has been Head of Customer and Market Relations at the Berlin distribution network operator Stromnetz Berlin GmbH, a company of Berlin Energie Netzholding GmbH, since September 2016. As a graduate in business administration, she is responsible in her position for the sales and services of the network operator and is also responsible for the further development of network operations around the future topics of smart grid, smart city and digitalization. Prior to this, she had held various positions within the distribution and transmission system operator since 2006, after spending several years in management roles at Berlin-based energy service provider Ampere AG.

In addition to her work at Stromnetz Berlin, Claudia Rathfux is also spokesperson for the Smart City Berlin Network, an association of more than 100 innovative partners from business, science and administration in the capital, as well as chairperson of the board of InfraLab Berlin e.V.. 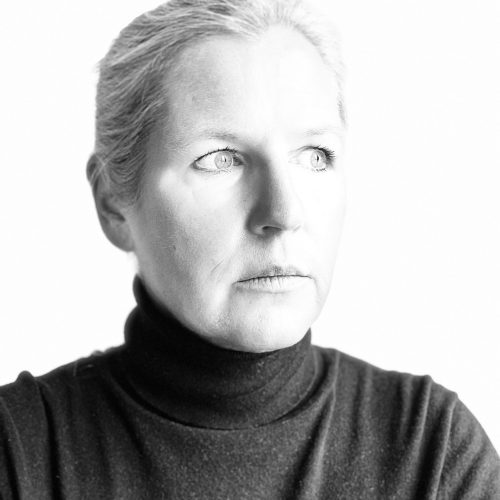 Dr.-Ing. Gitta Vischer is Head of Corporate Development at the GASAG Group, a group of companies that supplies the Berlin-Brandenburg region with energy and innovative heating- and cooling solutions.With a doctorate in industrial engineering, she is responsible for strategy development, strategic projects, M&A and cooperations as well as the organizational set-up of the group. Thus, she continuously deals with the question of what the energy supply of the future will look like and how it can be implemented.  Among other things, Dr.-Ing. Gitta Vischer receives suggestions for answering this question as a member of the supervisory board of the Berlin Energy Agency and as deputy head of the board of trustees of the Fraunhofer Institute FOKUS. Before joining GASAG, Dr.-Ing. Gitta Vischer worked in strategy consulting at the Boston Consulting Group and in logistics and production planning at io consultants.

We have discovered a material class based on salts of iron and
sulfur that exhibits extraordinary ionic conductivities for potential
applications in alkali-metal based battery technology. As both, iron and sulfur are highly abundant, non-toxic, and can be
obtained from environmentally and socially controlled mining
processes, we want to construct a sodium-sulfur battery and a
lithium-ion battery with our new materials as solid-state electrolytes. Upon successful implementation, this approach would overcome the
safety and functionality drawbacks of state-of-the-art electrolytes
without increasing the demand for metals with a devastating mining
impact. Due to the inherent advantages of solid-state electrolytes, a
lower self-discharge and an increased power density and cyclability
is expected, which would advance battery applicability considerably.

The biggest hurdle to a green, renewable power grid is the mismatch between fluctuating supply and demand within the market. The power grid needs an effective energy storage system, however near-future battery technologies do not appear to offer an economical/ecological solution. We propose to complement battery technologies with a distributed network of renewable energy sources, coupled to green hydrogen generation with local load balancing through the combustion of hydrogen by a novel gas turbine concept. This concept – known as rotating detonation combustion (RDC) – addresses the economic and practical challenges of GT engines while also utilizing advanced combustion technology to achieve higher thermal efficiency in a smaller and cheaper package that does not require massive investment. RDCs achieve a net increase in total pressure across the heat release (as opposed to a loss in modern systems). By implementing a grid of such devices, the individual nodes of the smart network can be optimized through big data network optimization techniques that are not feasible in more concentrated systems. The smaller scale will reduce initial capital investments, allowing for better integration in local grids and reducing the political and economic hurdles to implementation.

The development of new materials for energy conversion and storage is paramount as our society progresses towards a sustainable energy economy. The next generation of battery technologies will play an important role in this transition by enabling the storage of intermittent green energy sources such as solar or wind power, in addition to meeting demands for affordable and long-lasting electric vehicles. Current lithium-ion battery technologies have seen widespread success, but the sheer number of batteries that will be required in the near term necessitates the development of complementary technologies that reduce reliance on several materials with limited global reserves such as lithium, cobalt, nickel, and copper. Enabling these future technologies will require the large-scale production of new battery materials. We have recently developed a scalable, solvent-less production method for nanomaterials towards this end, which we envision can help lower costs and improve safety for the wide-spread manufacture of battery materials.

The energy sector is facing one of the major challenges of recent decades: transiting from a fossil-based energy system to a renewable-based system. Significant operational flexibility will be required to cope with the variability and uncertainty inherent to variable renewable power. Flexibility options such as transmission grid enhancements, energy storage systems, and demand response resources are crucial for achieving a robust and efficient 100 % renewable energy system. How should the optimal mix of flexibility options be designed? To answer this question, we have developed CREST, a tool for optimizing the transition to a 100 % renewable energy system for Europe and beyond. CREST innovative solution method leverages high-performance distributed computing in energy system planning under uncertainty. CREST reduces solution times by more than 90 % and enables optimizing large-scale energy systems that cannot be handled by existing methods.

Green sources of energy and especially photovoltaic technologies are needed to accomplish the global climate targets and satisfy the requirements of modern society. Perovskite-based solar cells have shown rapid development in power conversion efficiency during the last decade, approaching the level of prevailing silicon-based technology. However, record-breaking perovskite layers have only been achieved using small-scale deposition techniques. For this reason, we have developed an inkjet printing process to finely control and enhance the crystallization process of a printed perovskite solution. With this, we improved the crystallization formation to achieve homogeneous layers and reduce the number of undesired defects that disturb the generation of charges in the solar cell. Thus, we have been able to improve the efficiency of previously reported inkjet-printed layers to more than 16% and set the path to continue the development of large-area photovoltaic devices as large as 1 m².

Long-distance road freight transport is responsible for a large and growing percentage of emissions in the transport sector. eHaul is addressing this issue with the development and implementation of a battery swap concept for covering distances over 400km with 40t e-trucks and energy service in the power grid. The seven project partners are developing a fully automated changing concept, electrifying a route network from Berlin to Dresden and integrating all functions and interfaces in a system solution. The result is a proof-of-concept for long-distance electric transport and a business model for station operation including grid services. Due to this dual-use approach for the batteries, the high, scalable station utilization, the high mileage in freight transport, the technical maturity and economic scale, the concept can be realized technically ready for the market by 2025 and operated economically on the basis of total costs, thus setting itself apart from alternative approaches to decarbonization in long-distance road freight transport.